Often the standard cover glass of CCD/CMOS image sensors cause disturbing reflections or interferences. The remedy here is the removal of the cover glass.

The removal of the cover glass also offers interesting options in further steps to refine a sensor, so that relatively inexpensive sensor types can also be used for high-end applications. Examples of this are the placement of custom filters or the application of a UV-sensitive coating on the sensor surface. 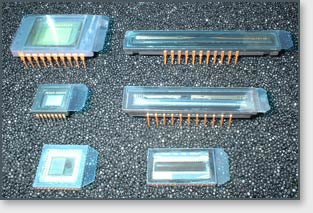 Over the last few years, Eureca has developed several methods to remove the glass covers of CCD/CMOS sensors. Thus, a suitable method is available for many types. The different procedures have different failure rates due to damage to the sensors. In the best case, this rate is only a few percent. 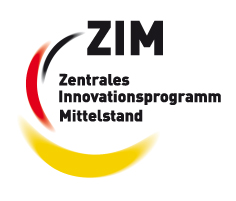 The development of suitable methods for the cover glass removal of image sensors was also part of a research program at Eureca, which was funded by the »Central Innovation Program of the Mittelstand« (Zentrales Innovationsprogramm des Mittelstandes (ZIM)).

We process both sensors from our own product range as well as sensors, which are provided by the customer. Customer positions are first subjected to extensive quality control prior to processing in order to examine them for suitability for subsequent processing, for example to detect changes in the manufacturer's production in good time. Only after successful testing and release by the customer is further processing carried out.

After removing the glass cover, all sensors are optically checked for possible damage and, if necessary, cleaned. An additional electro-optical test with the inclusion of test images is possible, provided that we have a suitable camera board for the respective sensor. For sensors that are processed in larger quantities, this test is always performed.

As a protection during transport to the customer a special adhesive film is applied, which can be removed without residue before use.

So far, the following types have been successfully processed:

Further information on this topic, including statistical data on image quality after processing, can be found in our PDF document Glass cover removal from image sensors.

After the actual cover glass removal, the sensor can be further processed. Examples of such refinements are:

filter
The cover glass is replaced directly by one or a combination of multiple filters. This generally improves the signal quality considerably, as undesired spectral ranges can be masked out in a targeted manner. The direct placement on the chip gives a compact and above all robust unit without additional holders for external filters in the beam path. For applications where the sensors or cameras are cooled, this is done under an argon atmosphere to avoid condensation of trapped moisture.
fiber optics
To improve the optical signal, a fiber optic can be put onto the CCD sensor. In addition to optics that depict true to scale, reductions can also be realized. Compared to conventional lenses, fiber optics significantly reduce light losses.
coatings
By applying special materials to the chip, the sensitivity can be extended to spectral ranges outside the usual range. These include, for example, fluorescent substances for the detection of UV or X-rays. Eureca offers a special lumigen-based coating, which is applied in an in-house coating facility.

Here you can easily ask a question or inquiry about our products: